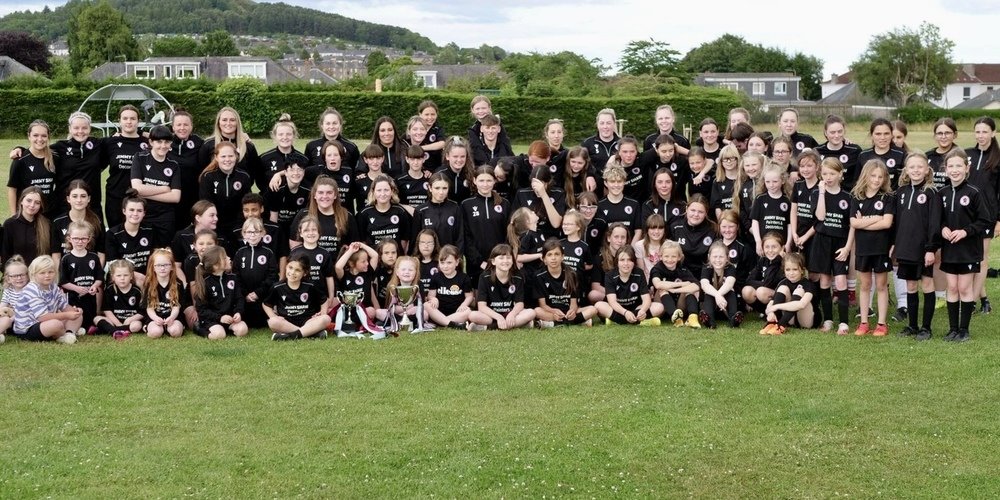 Meet the players night a success

Monday night saw the Girls and Womens section hold a “Meet the Players” night at the park.

This served as a chance for our Youth players to meet our First team players, who are now preparing for the new SWF Championship 2022/23 season ahead.

The Championship players had a wander round all teams training sessions, even joining in too.

Then at 7pm all teams came together to meet the players, grab a chat and get some photos/autographs.

The SWF Championship Trophy was on show too.

Along with the Championship Cup, this get give the club the chance to celebrate the U14s recent League Cup win, with the team receiving a round of applause as they too got a chance to show off the trophy.

asking them to engage with the youth section at the club. Encouraging them to work hard, enjoy their football and also come to along to support the first team.

The SWF Championship season starts on 14th August with fixtures to be released soon.