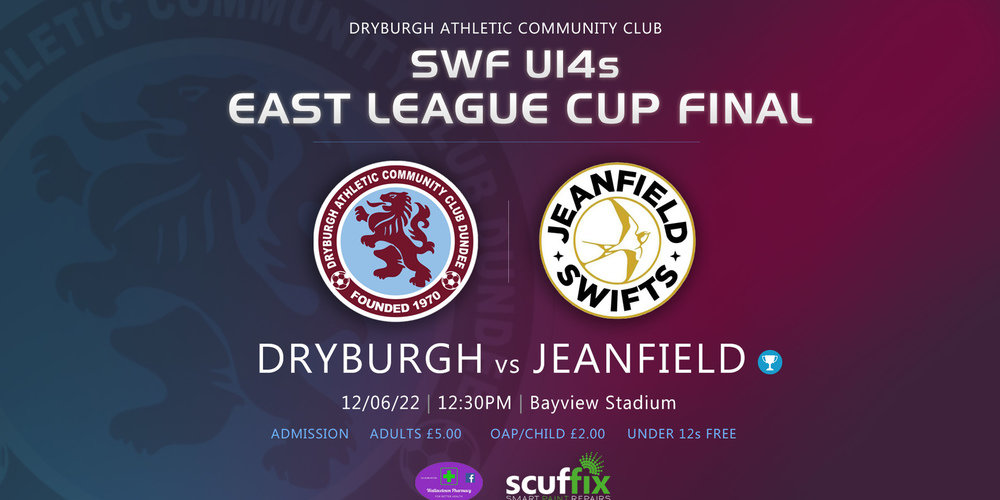 The team made the transition into 11-a-side football earlier this year and have coped very well. Currently the 14s sit top of the SWF East Caroline Weir U14s League after an unbeaten start.

The league cup campaign started against Kirkcaldy, then they met East Fife and finally Forfar Farmington in the semi final. All challenging games and a great learning experience for this young side.

The final is sure to be another tough game as Jeanfield have also had a great start to the season.

Ahead of Sunday, here’s the thoughts of the U14s coaching team -

Coach Ricky Neil “The squad has transitioned from 7 aside to 11’s seamlessly. They never give up and make the coaching team proud. I predict another good performance in the final too. #DreamTeam”

Coach & Team Rep Layla Luke “The girls have gone from strength to strength through their transition to 11 aside. They are a committed bunch who work well together and have a strong bond on and off the pitch. We are all very proud of them. I have every faith that they will shine in the final and beyond"

Head Coach Adam Barclay “So far this season the girls have been good and worked very hard to get us into the final and have us sitting top of the league.”