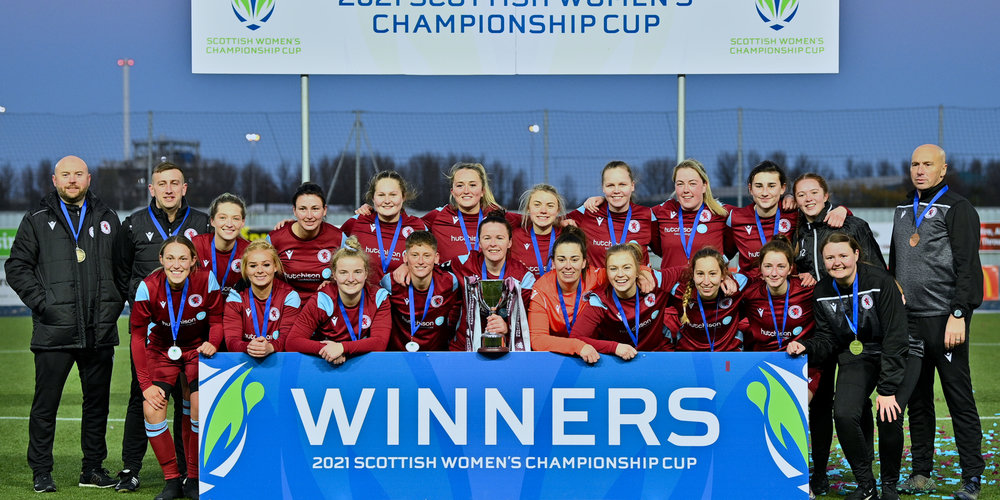 Scottish Women’s Football last week unveiled the new structure for their top leagues for the 2022/23 season.

With the SWPL 1 & 2 now being administered by the Scottish Professional Football League from next season, Scottish Womens Football top tier will become the Championship.

The membership of which is determined by specific criteria, such as commitments to youth pathways and player wellbeing.

Along with the new Championship set up there will now be a new National League One which will be made up of 14 teams.

There will be no relegation from the Championship after the first season, with two teams promoted from League One to create a 10 team Championship for season 2034/24.

Promotion from the Championship will also see sides enter SWPL 2.

The new criteria will require clubs to provide sanitary products at games and work to support the wellbeing of players.

“Our new Championship will represent an exciting and competitive contest among eight teams from right across Scotland, culminating in a prestigious trophy in its own right. I’m delighted that participating clubs have shown a commitment to the wellbeing of their players – things like ensuring sanitary products are available at training facilities – and providing player pathways, to give girls opportunities to play at a grassroots level.

“League One will also be a fiercely competitive league, with the prize of two places in the Championship up for grabs. As professionalism grows at the top of the game we need to ensure a route is there for every woman in the country to have the opportunity to participate and reach the top, and I’m confident the new structure will showcase the best our clubs have to offer.”

On the back of a successful 2021/22 season, finishing 3rd in the Championship North and winning the SWF Championship Cup, we are looking forward to competing in the new national Champonship.

This league will challenge our players and coaching staff, something that we are really excited about.”

Keep an eye out for the release of our fixtures for the new SWF Championship 2022/23 season.